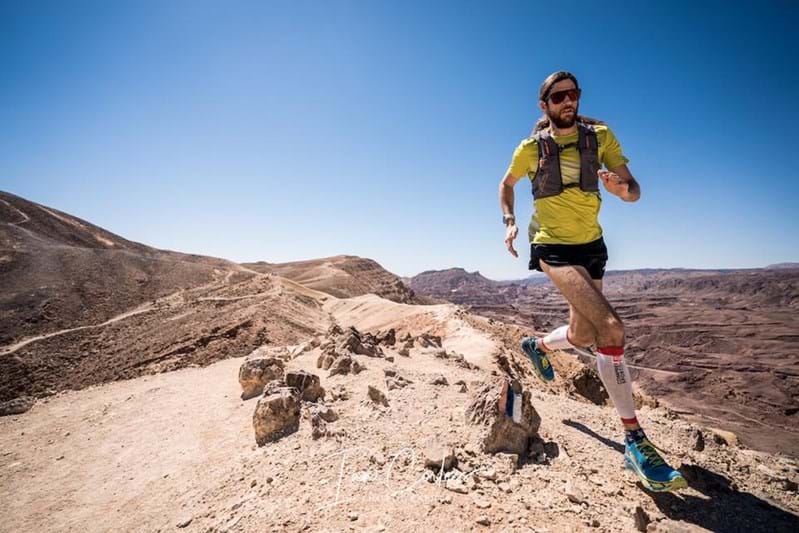 When you think about the person who inspires you the most, who comes to your mind?

When I was asked recently who I am inspired by, I had a long list. I often hear stories of people achieving great goals, and it really does give me hope that I too can achieve the wild ideas my mind can conjure up. More recently, and right at the top of my list of inspiring people sits one man, a person of great courage and a person that really helps me believe in the impossible.

Let me introduce you to Michael Wardian. A proud husband, father, international ship broker, endurance athlete and all-round nice guy, Michael is truly the epitome of pushing the limits. I first met Michael in Perth, WA while he was competing in the World Marathon Challenge, an event I too will have the opportunity to complete this coming February. For someone who was currently winning the event (and who had previously won the same event two years prior) he was seemingly unassuming. What caught my attention the most was that instead of racing around preparing for the Marathon he was about to run, Michael spent so much time talking to fellow participants and encouraging them. He even spared some time to ask me how my day was going. What a legend!

After heading home to Melbourne I watched the journey of the participants from afar, and cheered them on as they completed all 7 marathons. After seeing first hand the effort it takes, I was blown away by their tenacity and ability to overcome, even in the midst of incredible challenges. In the few days that followed I wasn’t surprised to hear that Michael had gone on to complete another 3 marathons in as many days which earned him the record of the fastest 10 Marathons in 10 consecutive days.  Michael is known to endure beyond what most people can, and that’s an impressive title to have.

Natural, I became a fan. In the weeks that past I soon learnt that Michael had his eyes on an even bigger prize. An FKT. For a few crazy runners out there you will know what that means, for the rest of the planet it called a Fastest Known Time, and on this occasion it is the FKT Israel. That means running over 1,000km (631miles) in 10 days. Let me just break that down for a second. Michael would be required to run more than 103km on average each day, and ascend more than twice the height of Everest. I’m tired just thinking about that, and I often think about what goes through the mind of a person as they prepare for such a tremendous pursuit, and really I guess that is exactly what it is, a pursuit. A Chase of the extraordinary. An acquisition of inner strength. And I for one am inspired.

On the 21st of March 2019, Michael did what most people dream about. Not only did he run the FKT Israel, he became a conqueror. I personally want to congratulate Michael for what he accomplished, but also for who he is and for how he carries himself, a rare bread in which we can all learn from. Here’s to Michael Wardian, you have inspired me to be a better runner and a better version of myself.